This week, another sneak peek at some kinds of magical "treasure" that animal PCs can earn and effectively turn into Species Traits.

The following spandrels are based on rumored abilities of some lesser-known mythical beasts. 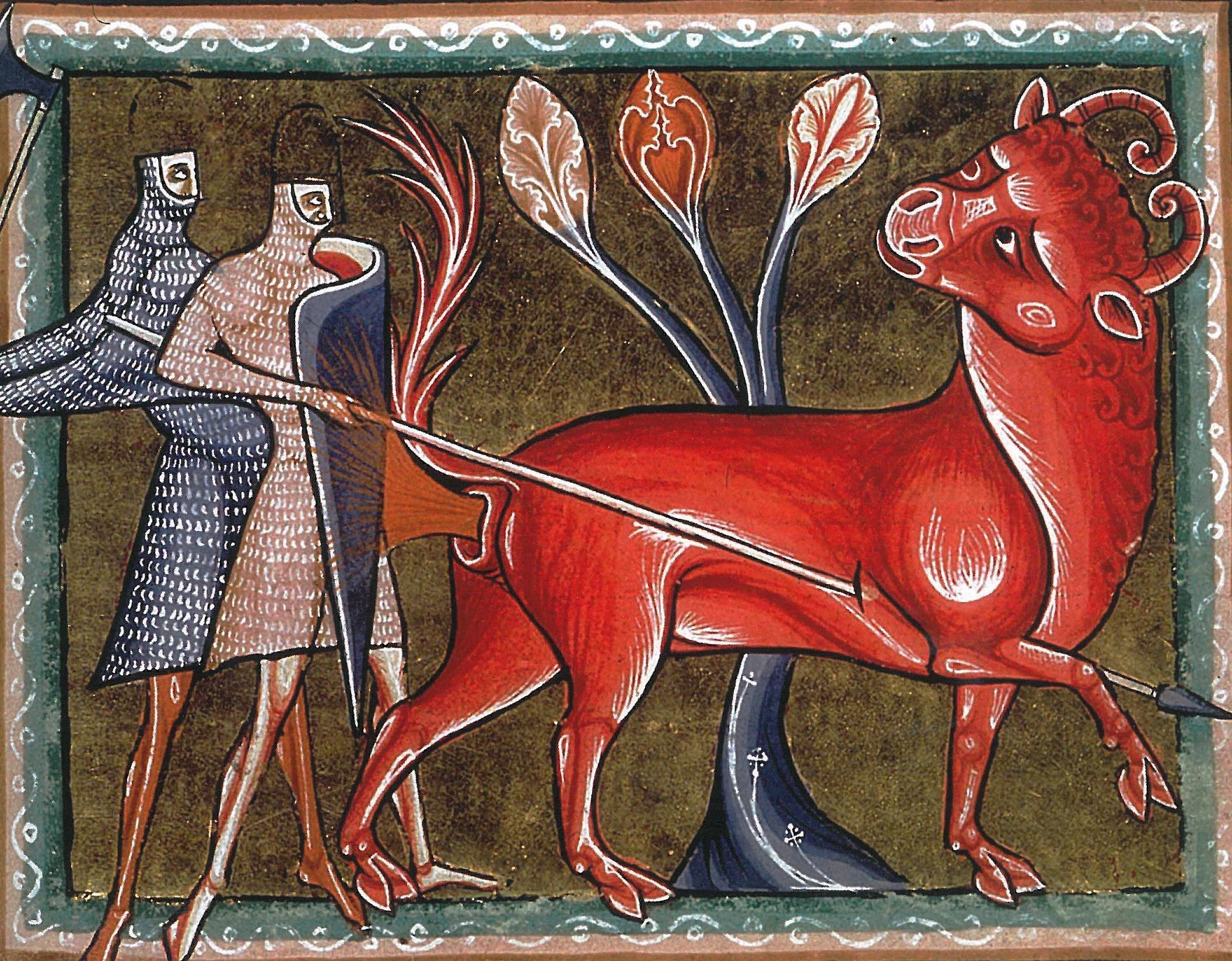 Bonnacon’s Hide (Pre-requisite: Must be a herd animal)
You gain the burn-resistant ability of the legendary bonnacon, a herd beast with powers of acidic excrement.  This spandrel grants you resistance to acid and fire attacks; you only take half damage from such attacks, or one-quarter damage on a successful saving throw.

Bonnacon’s Scorching Dung (Pre-requisite: Must be a herd animal)
The bonnacon is a mythical species of herd animal with a unique defense mechanism: when fleeing attacks, the bonnacon excretes a trail of acidic dung that scorches pursuers like fire. Some legends say a bonnacon could expel this dung in a stream or cone while passing gas, as well.

This spandrel grants you an area attack that spews from your anus, in a manner similar to a skunk’s musk attack.  It forms a 30 ft. by 30 ft. area of effect; all targets within this area must make Blast saves or suffer an amount of damage equal to your maximum HP on the first round of exposure.  Those who fail this initial saving throw must then make successful Tough Trauma save each round thereafter, or suffer the same damage again. This damage continues each round until the target makes a successful save.

Targets who fail these saves can do nothing else on their turn except flail about in agony, until they succeed on a save.

Horns Of The Jackalope (Prerequisite: Must be a rabbit or other lagomorph)
Three times per day, the rabbit can cause a pair of antlers, similar to those of a male deer, to appear on his or her forehead.  These antlers will behave in every way as though they were a normal part of the rabbit’s anatomy.  They inflict 1d7[1d8] hp of damage.  As long as the antlers are manifested, the rabbit can use them as her preferred arrack form, even if she chose another such attack for herself at the time of character creation.  In addition, Warriors can use the antlers as their specialized attack form, even if they normally use another attack form for this purpose.  The antlers manifest for 1 turn per Total Level of the rabbit.

Once per round, the bearer of the horns of the jackalope can emit a bone-chilling scream, like that of a human woman in agony.  Characters who fail an Average save vs. paralysis become so frightened by the sound of this scream that they suffer a –2 penalty on all core dice rolls for the next 1d5 [1d6] rounds.

Pantere’s Flowery Breath (Pre-requisite: Must be a cat of SZ Medium or above)
You gain an unusual breath weapon, first displayed by the great cat of legend who served as a riding mount for decadent gods.  This spandrel enables you to belch forth a cloud of sweet-smelling gas that occupies a 30 ft. by 30 ft. space.  Any animal within this area of effect must  make a Challenging Charm save, or become enamored of you in a manner identical to the classic fantasy spell charm  person. This effect lasts for 24 hours.  You may use the flowery breath spandrel once per day for every 3 Total Levels you have achieved, to a maximum of three times per day.